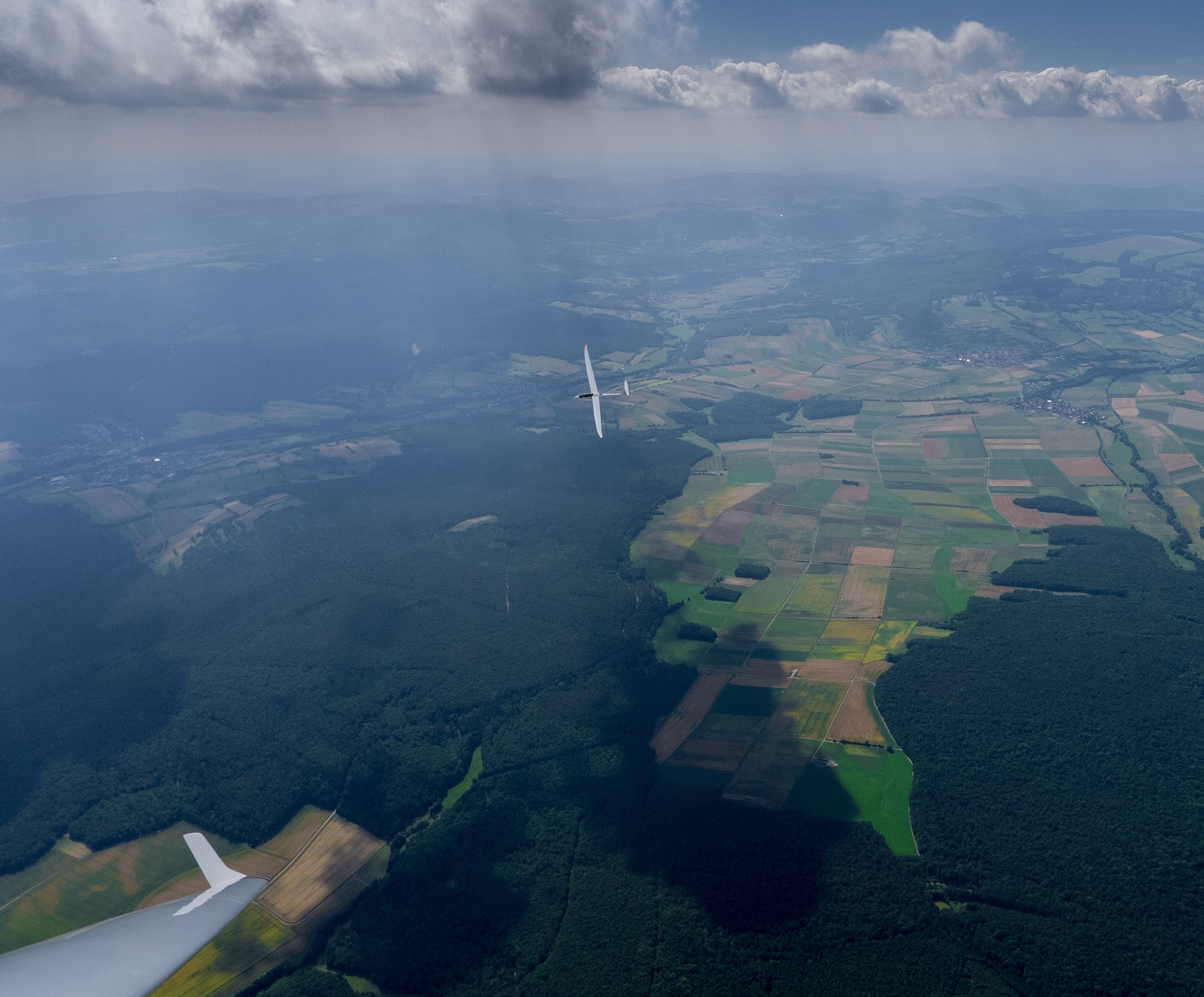 Gliding is a sport in harmony with nature: Thirty seconds of fuel for a winch launch, then, with help of natures own power source, the thermals (rising warm air masses) are used to climb to considerable heights, without the use of an engine, without pollution and noise.

Onboard, sophisticated instruments , together with the elegant and efficient designes of modern gliders, constructed from modern materials like carbon-fibers, has made gliding a truly high-tech sport.

While some glider pilots enjoy freedom, aesthetic pleasure and the joy of mastering their machines, others focus on their performance in competitions. These competitions challenge the ability of pilots and co-pilots (in the case of two-seater machines) to recognize and use the aerological conditions as well as their flying and navigation qualities. Finally, there is also the practice of gliding aerobatics.

The "art" of gliding means mainly to pass through air masses with climbing speeds that are higher than the glider's own rate od descent and gaining potential energy (without losing kinetic energy). As ascending air masses, or thermals are generally very narrow, the pilots must describe circles inside to exploit them to the maximum. The term often used is "spiral", although the trajectory described by the glider in an ascendancy is helical.

Pilots often talk about "refueling", the goal being to reach the highest altitude possible for a given thermal. The potential energy of the glider - or its altitude, which means the same - can be considered as its fuel. A novice pilot "refuels every 7 to 8 km, if conditions permit. An experienced pilot, who makes better use of the glider's performance, can spread the altitude recoveries up to 25 km. He is happy, when he crosses an thermal but believes he still has enough energy to continue his journey, to reduce his speed to make the most of the thermal, without stopping and describe circles on the spot. 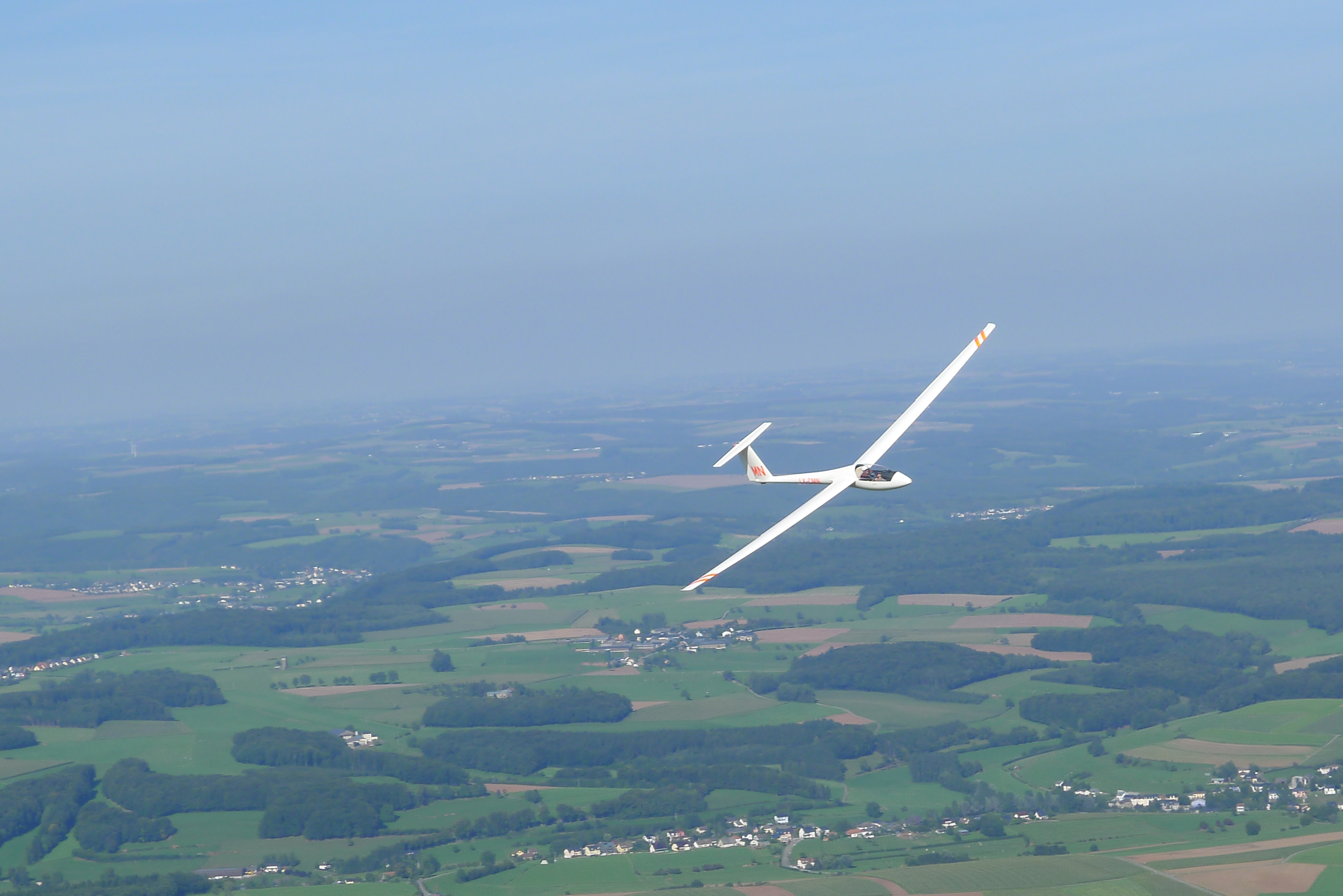 The most known ascending air-masses are:

Exploitation of the effects of the wind on the ridge -effect of slope, wave or wind gradient- is referred to as the generic term of orographic flight.

In competition, the challenges can be of different types:

Whether leisure or circuit competition, the practice of gliding is to exploit the best air currents ascending or "thermals".

Sophisticated electronic instruments and the elegance of high-tech gliders, all built with fiberglass or carbon, make gliding a high performance technical sport.